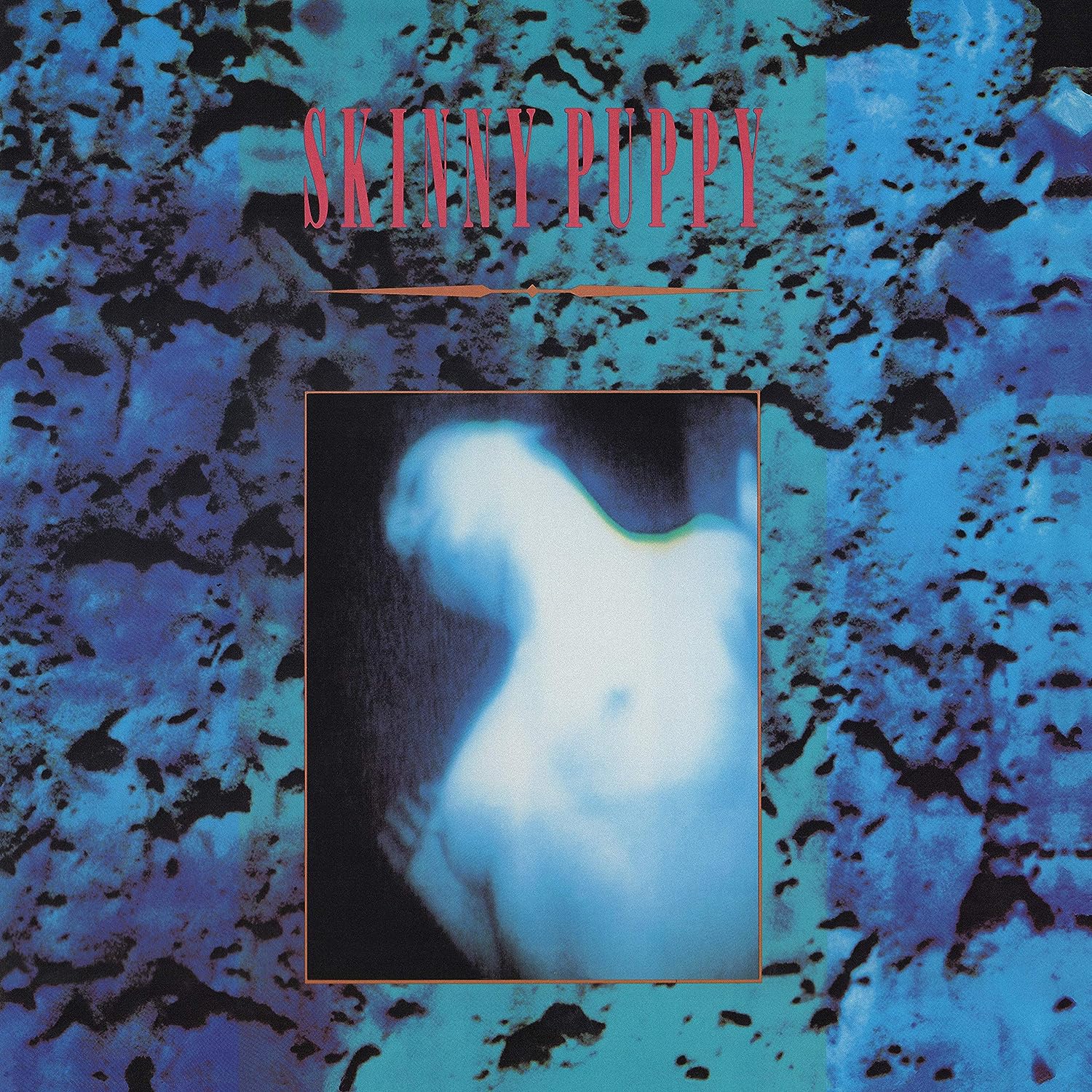 Music is a tribal thing. Some people seek comfort, a lift, joy, a bit of bump in their day. They get a little bip-bop and they are happy. Growing up in the 1980s there was plenty of that sort of music.. There was even music that was not very easy listening. There were a lot of kids into Pantera, Anthrax, Metallica, Minor Threat, the Misfits. All sorts of music. But even music like that utilized a pretty standard formula. Guitar, bass, drums, vocals. The guitars may have been distorted, the vocals may have been loud, and the drumming may have been hard, but it all pretty much followed a formula.

Enter Skinny Puppy. A Canadian trio from Vancouver. They do/did not exist in a vacuum. There were other acts that had some of their components. Cabaret Voltaire, Ultravox, Kraftwerk all had some of the parts of a Skinny Puppy, but not the delivery. Keyboards, drum machines, samples, off-kilter vocals. But these components were assembled with a gleeful malice. cEvin Key, Nivek Ogre, and Dwayne Goettel were obsessed with composing unusual rhythm, synths, drum machine sounds, layers of samples of real world sounds, and then allowing Ogre to vocalize a horror filled soundscape through a series of vocal treatments. Their work started off sounding a bit more Cabaret Voltaire on Bites, Remission, but quickly went off the rails with this album, Mind The Perpetual Intercourse. This is the music that made your parents worry about you. I play it for my kids and still get a “What the fuck is this.” When your kids are saying what the fuck is this, you know it’s out there. This album, I wouldn’t even say is their best, but it had the biggest impact because of when I heard it. However God’s Gift Maggot, Love, Dig It, and Stairs and Flowers are still amazing and great examples of their work.

I was fortunate enough to have the friends with the older brothers. Danny Sartor played this album for us when I was about 15, and it melted my brain. I didn’t know what to think of it. It was so jolting, so disjointed, and so incredibly unusual.

But Skinny Puppy is/was one of those things that you couldn’t get created in a lab twice with the same ingredients. The Canadian underground music scene of the 1980s was not ready for this sound, neither was the USA. In 1986 there was some great interesting music. Beastie Boys, License to Ill, REM Life’s Rich Pageant,  Talk Talk, The color of spring, Paul Simon’s Graceland, Peter Gabriel So, New Order’s Brotherhood, The Smith’s the Queen is Dead,  But also Bon Jovi Slippery when wet, Madonna True Blue. Much of this is probably due to their subversive horror themed music and live shows. Which if anything take the music further than the recorded approach. Ogre the lead singer would create elaborate stage shows with gore, blood, masks, makeup and theatrics that always thrilled and shocked. Their music was filled with messages about ending animal cruelty, war, fascism. The new generation needs “a” new Skinny Puppy. I see a lot of bands live, I listen to new music all the time. I’ve never heard anything like it since.  I saw Skinny Puppy live twice. Front row at Saint Andrews hall. They were incredibly well orchestrated gore filled avante guard performance art pieces. I walked out covered in corn syrup (blood) and some sort of latex gore each time.

They have remained a cult act even after the death of Dwayne Goettel. They continue to tour and make new music.  Many many acts imitated this sound, and some even credit them. But the sound of the mid-nineties was created by this band. Nine Inch Nails, and a host of other acts have brazenly ripped off Dig it, some have even admitted it. Their impact will probably never be fully explained or appreciated. Rush and the Tragically Hip rightfully get a lot of love. But almost nobody gives much love to Skinny Puppy. Much of Canadian music media ignores them and doesn’t really ever put them in the canon of their greatest ever artists. I will probably do a longer article on the rebirth of Canadian indie and the debt to Skinny Puppy.