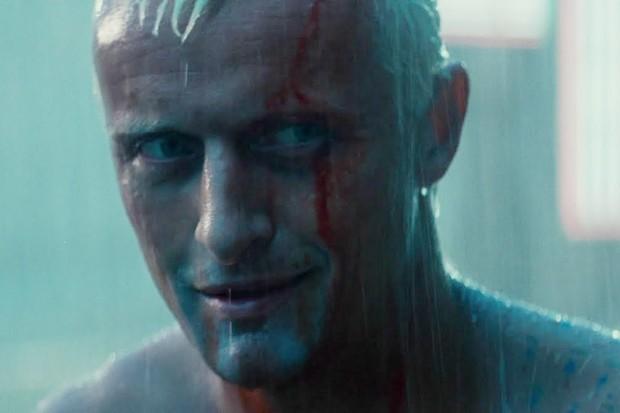 I wrote a very long post for facebook on some of my favorite movies of all time. Bladerunner made the cut. I wanted to post it here in honor of Rutger Hauer.

I remember walking into Trinity Green in Dublin to meet Karl Golden, I had my copy of Ulysses with me because we had exams that week. I had to write an essay on Ulysses. I sat on the green, reading part of it, waiting for him. He shows up, looks down and says, “Oh you must be an intellectual, if you’re reading that.” I tried explaining that it was for class. He smelled blood in the water and never let it go, he teased me relentlessly about the Joyce for the rest of the year.

Bladerunner has that same sort of cache among nerdy white males. It’s a calling card, and maybe a bit of a crutch if I’m honest. If you like Bladerunner you’re a particular type of nerd. It’s “sportsball” for nerds. Everybody can effectively fill 20 minutes of conversation talking about which cut of the film is the best, who is a replicant, the cinematography, the soundtrack, quoting lines back at each other. Suffice it to say it’s a thing.

The mystique of the film is no small part due to the struggle for it to be made. A thing that was easy to make never has the same gravitas as the thing that was a labor of love, but a wrestling match with the devil to get completed. There is a documentary that came with my box set called “Dark Days, the Making of Bladerunner,” that peels back the onion on Ridley Scott’s struggle to adapt Philip K. Dick’s book into Bladerunner.

Bladerunner is a visual icon at this point. It’s got stratification of meaning, layers, archaeology even. Ridley’s work on both The Duelists and Alien helped set a tone for what he does. But that thing he does, back lighting, lens flares, shadows, golden light, opulent set design, taking little bits of foil and reflecting light off of them are all stage tricks to make something seem foreign and to catch the eye. Ridley was just more relentless in pursuing them. There’s footage of him trying out endless bowls of Japanese noodles and fish heads on the end of the bar that are only on screen for 2 seconds. He tried all kinds of makeup to get that glossy princess Leah sheen on Sean Young’s lips. He made the set designers flip a set of pillars in Tyrell’s office to see the detail. All that kind of stuff helped make it that icon. Gave it a look no one had seen before. And now Los Angeles 2019 gets copied by everybody. And I mean everybody.

Every film set in a “near future” since his film has stolen these visual ideas about the future. The smoke, the neon, the rain, the fog, the decay, Asian influence on an American setting. Even the Japanese stole it. Two of my favorite Anime films Akira and Ghost in the Shell, where you can do anything with ink, basically recreated bladerunner scenes that Ridley was forced into making from lack of funding and technology with smoke and darkness. There is a Jorge Luis Borges quote from Ficciones that says, “The original is unfaithful to the translation.” Bladerunner has had that big of an impact on film making. Filmmakers don’t even know they’re stealing from it now.

Almost all of PK Dick’s work dealt with the erosion of our empathy with society and technology. When I hear people talk about Bladerunner, the theme they bring up is, “what does it mean to be human?” I think that’s part of it. But the more interesting question is does technology erode our empathy? The very platform this is typed on is contributing to the question Bladerunner asks.

The real arc in the film is about Deckard discovering his ability to empathize with the replicants and recognize that he’s not just destroying them, he’s destroying himself. There’s double meaning in the finale if you believe as I do that Deckard is a replicant. Yes there is also the part that seems obvious about the ingenuity of humans and our ability to create life from nothing, and then what rights do those life forms have. Can we treat them like slaves? But the erosion of empathy matters. Does our technological superiority give us a right not to care? About other people, animals, other life, our ecosystem? If we are comfortable and happy, does that destroy our ability to care about those that aren’t comfortable and happy?

The soporific effect of the score by Vangelis is widely known, but without it, the film loses half of it’s magic. The combination of the visuals and Vangelis score is what made this film special. It’s uncanny. Every single scene has immediate mood setting and clarity of purpose. Tension, awe, delight, are all in there.

The actors playing the replicants are incredible and do an amazing job of portraying a slightly off-kilter, punk rock futurist android. So much of what Darryl Hannah and Rutger Hauer did in this film helped create the archaeology of meaning. Rutger Hauer’s eccentric, flamboyant portrayal of Roy Batty is a mesmerizing display of brutish physicality and sensitivity. Absolutely no one who saw the film forgot him.

“I’ve seen things you people wouldn’t believe. Attack ships on fire off the shoulder of Orion. I watched C-beams glitter in the dark near the Tannhäuser Gate. All those moments will be lost in time, like tears in rain. Time to die.”

The four year life span on the Replicants is a story ruse, and Gaff played by the brilliant Edward James Olmos says it all, “It’s too bad she won’t live, but then again, who does?”

If you know what a tin foil unicorn means, you’re one of my kind. And yes you’re probably a self-important intellectual.