West Michigan’s own Doug Van Doren was featured in Canoe & Kayak Magazine as one of fourteen innovators of the sport. Conor Mihell formerly of Naturally Superior Adventures and a frequent writer and columnist for Canoe and Kayak wrote the article. I recommend picking up this issue for your scrap book.

It’s great to see recognition for Doug’s efforts within the sport. In the early introduction of Greenland traditional style paddling in the United States, Doug was one of three influential researchers and paddlers, John Heath and Greg Stamer being the other two. The influence of John Heath on traditional Greenland style paddling in the US could never be understated. Doug Van Doren along with Greg Stamer were two of the early paddling pioneers in the 80s and 90s. Before the internet was ubiquitous, before there was a Dubside video, or This is the Sea I-IV, there was Doug, John, and Greg, (among many others). Doug’s DVD is still one of the best resources for paddling strokes with a traditional style paddle. 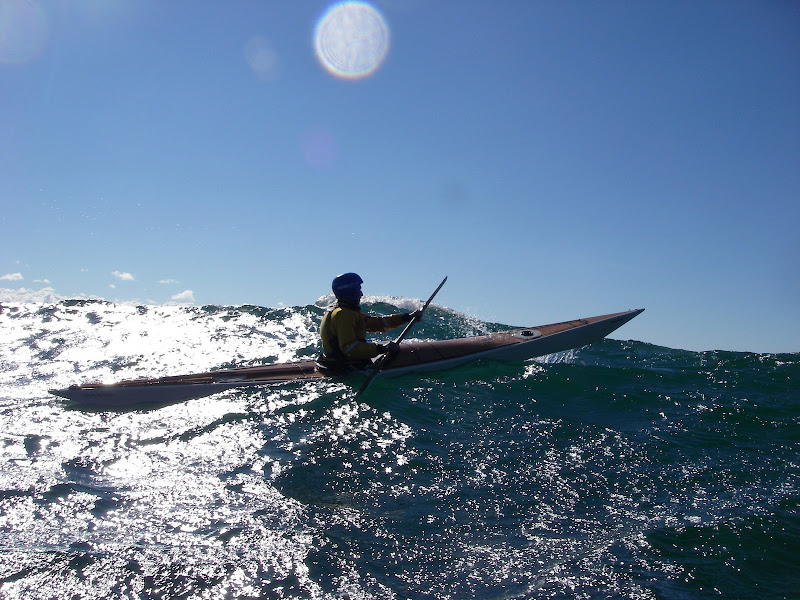 To develop his technique Doug was looking at old movie footage of Greenlandic paddlers, John Heath’s research and some modern techniques to incorporate and mold into a modern Greenland Style technique that is both elegant and practical. This style is demonstrated in many photos and videos of Doug paddling, rolling, and surfing using a traditional paddle and a traditional style kayak, (Betsie Bay Valkyrie Sea Kayak). Doug also has the benefit of being a great coach, and was invited to work within the BCU system to endorse traditional style paddling in the early 90s. Doug holds a BCU Coach 3 Star Certification and also went to Wales to attend a BCU 5 Star Training. This experience has made Doug more of a leader in Sea Kayaking than in Greenland Rolling which has become wildly popular over the last few years. Though anyone who has seen Doug’s rolling demo at symposiums would never argue with his rolling ability.

There are many, many competent Greenland style rollers now who travel every year to Greenland to compete in the Greenlandic games that are all passionately involved in pursuing traditional style skills due to early pioneers like John Heath, Greg Stamer and Doug Van Doren.

Many of us in the midwest, myself included have benefited from Doug’s instruction and leadership, it’s great to see recognition for his early innovation.