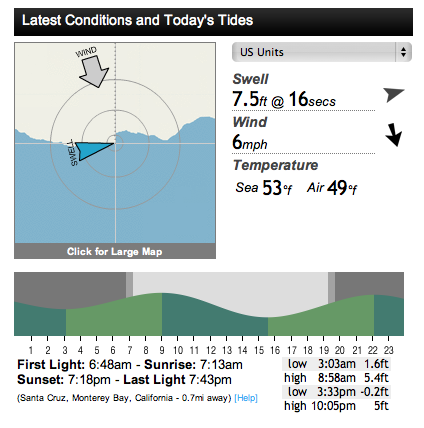 A seven foot swell out of the west at 16 seconds should wrap around nicely in Steamer Lane, and then an offshore wind should clean up any faces and steepen them a bit. I will be watching some YouTube Feeds, and twitter accounts to see what I can find for the first day!

Best of luck to the competitors, here’s to hoping they get to shred it on the first day!