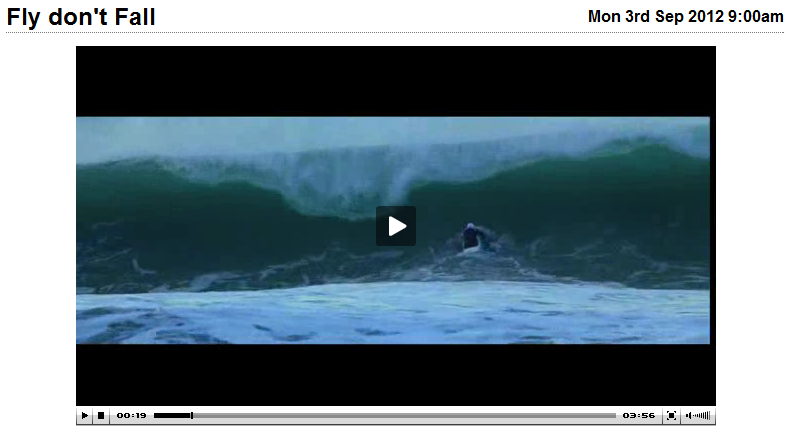 This beautiful short clip filmed by Austen Davies of Chris Hobson (world champ) posted to the sometimes flaming (they tend to hate surf kayakers and get into homophobic hate speech when pressed at all) Magic Seaweed gives some very decent slow motion capture of two critical surf kayaking maneuvers, at :19 seconds, the punch through, and:54 a very nice speed increase and slashy cutback in the top of the wave, followed by a nice drop into a bottom turn, and then @ 1:01 the setup and execution of a nice aerial. Still working on that 🙂 But it looks pretty text book on the video, and on a beautiful steep fast moving wave.