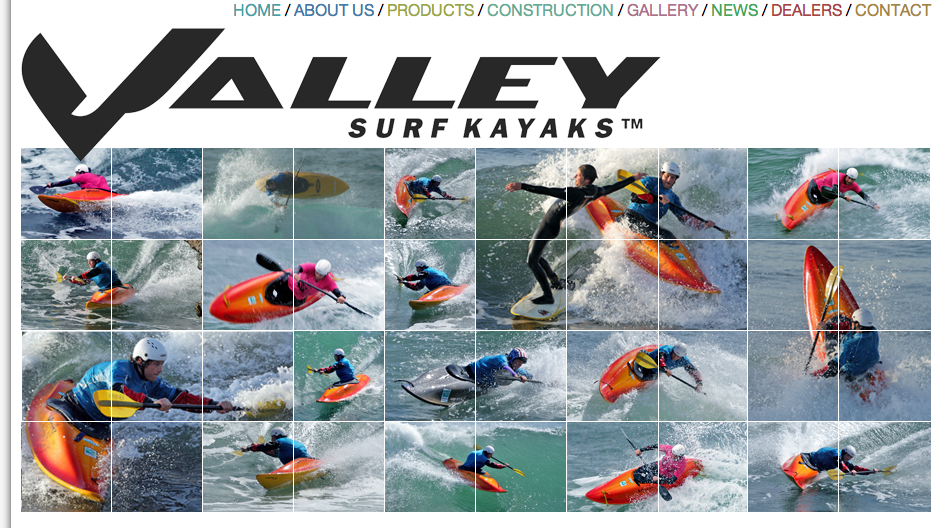 Kubrick was famous for being a perfectionist. He spent years making his films, made nervous wrecks of his actors and support staff. But, in the end the result was nothing less than pure genius. Watch this video of Stanley negotiating with his British film crew over tea breaks. I half imagine, Valley’s head man Peter Orton sitting in a director chair, beret slightly askew on his forehead, looking at a 24″ monitor of Valley Surf Kayak website in progress. He smokes a cigarette, and then with pure disdain says, “not good enough”, then exhales smoke noisily as he walks away in disgust.

Roll the clock forward two years (+/-) ~ and the New Valley Surf Kayak website is now live. Bask in its awesomeness. Revel in the glory that it is, and never forget what it took to make it.

And then watch this video. Seriously though Valley and Peter, great job on the website, and on the lineup of great surf kayaks, hope to see even more on the water!