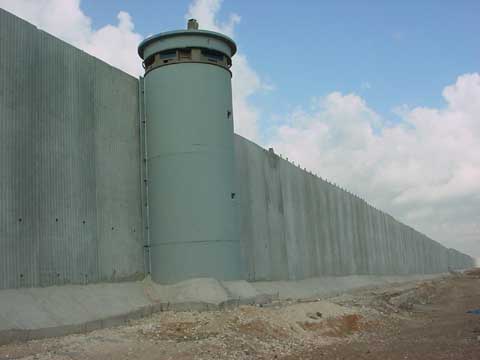 I have been fortunate in my life either with friends, family, work to be able to kayak surf in California a few times. Each time I have gone it has been the renewal of a love affair with the Pacific coastline and the beauty and power of the surf it offers year round. I have seen very big in Northern California near Santa Cruz, and very small in Southern California. Both offered something quite different. Each area had a unique character, waves, and people. I come away with renewed passion for surfing after each visit, and a little bit of heart ache.

I would love to be “that guy” who is out there every morning by 6:00 am catching waves and then heading to work. I am fortunate even by living in southwest Michigan where we have the advantage of prevailing wind direction and great waves in spring and fall, if not a few lucky days in summer. I regard surfing as one of the biggest positive forces in life. It is the ultimate optimistic energy. There is always another ride, always another wave, and all you want to do is share it. There is nothing so pure in this world as riding a wave, feeling the power of the ocean, and for a few brief moments riding with it in whatever meager manner is possible to us land-bound humans.

Most of my interactions with surfers and paddle surfers in California have been positive, even in crowded line-ups. I had a group of paddle surfers who luckily taught me the ropes to keep friction at the minimum. I knew before I ever paddled out that there is tension between board surfers and pretty much anyone. The rules, are actually quite simple, though there are more refined points that reveal themselves as you go. The rules are pretty straightforward.

Summarized rules of ettiquette for surfing:

The short of these rules: share, be courteous, and be cautious of your gear and your surroundings in the surf zone.

Even as a Michigander, I feel like I have pretty well absorbed these rules, and have only twice come in to conflict with board surfers. And in those cases the waves were small, the break was crowded, and the conflict rose from someone just plain having a beef with kayakers’, either from prejudicial hatred, or territorial disputes. In one case I apologized despite not having done anything wrong, and in the other case, I stood my ground and ended up being told by other surfers that the guy was an aggro blockhead. These things happen. The world isn’t full of saints.

In my previous visits to California, all of my surfing happened in the presence of board surfers. 99% of whom were more curious than offended. “Hey Stu check out this kayak with fins”, “This guy is from Michigan, in a kayak”. That sort of thing. And then you slowly earn some respect as you stay out of the way, catch a few waves, and go home.

So all of this brings me to the mind bending experience I had at San Onofre state beach. I had gotten a recommendation from someone at the hotel to try it on my way down to San Diego. First mistake. But I drove there paid $15.00 for the state park visitor fee. Second mistake. I suited up and then paddled out. I paddled to the far right of the best part of the break, which was pretty small. I sat there watching people take rides, and then, after 10 minutes one came my way, but I saw a guy closer to the peak and backed off. A woman on a board paddled over, and complimented my kayak color choice. “That’s a pretty yellow”. And I could sense there was a, but you’re going to have to bugger off coming next. So she says, “kayaks aren’t allowed, you’ll get a ticket. The kayaks surf down there.” And she points down the beach towards this power plant, where there are no waves. I thought she was actually just putting me on, that it was just some cultural thing that the boardies were pulling. But pretty soon a lifeguard came out with the world’s loudest bull-horn and started yelling at me to get out of the surf zone. So I paddled down to the area where I saw a SUP and a couple of waveskis.

I met Mako Mike, maker of the original mako surf kayak. Seemed like a very friendly and knowledgeable guy, we were never going to agree on politics. He was really upset about the healthcare law being constitutional that morning. I caught a few very small rides. Then I asked Mike, “does this two state solution seem crazy to you?” I looked over as I said it towards the middle part of the break where clean 4-5 foot surf was being caught by board surfers. He just shrugged. He explained that a buddy of his got into it with the board surfers back in the mid-nineties, and that this may have precipitated the exclusion at the park. He also mentioned that the board surfers felt it wasn’t safe. I asked if there were injuries or deaths. He said none that he could remember. The data nerd in me balked.

I asked him if he knew it was not like this anywhere else. He said he did, but that he had been coming here for years.
I had never run into this type of system anywhere on the east coast in the Carolina’s, or in California for that matter.

I just can’t seem to get a grasp on how the paddle surfers allowed this to happen and seemed content with it. I caught a few waves with Mike, and then left. And I will say that Mike did have a rather cavalier attitude about wave sharing, claiming he had never collided with anyone. I believe him, but under what conditions. When the waves are much larger, you just can’t count on not running into someone if you wipe out within close proximity.

So I stayed for an hour, and then attempted to paddle back to my car. Got the bullhorn routine one more time as I landed, and then got on shore. I walked over to the lifeguard who came out to talk to me. Having learned my lesson with authority figures from the past. I was polite, and respectful and just told him I was from Michigan. I told him I had never seen anything like this set-up anywhere else in California. The lifeguard seemed surprised and told me it is like that everywhere in California. I didn’t disagree, just smiled and said thanks for not giving me a ticket and that I was sorry. I asked him what precipitated this two-state solution. He told me they were worried about injuries and deaths in a mixed break. I asked him with deep concern if he knew of injuries or deaths from this. And he said he couldn’t remember any, but that it is very serious. I agreed, thanked him and then left.

I drove down to Beacon’s in Leucadia, where I have been many times, suited up, paddled out into the lineup with a bunch of boardies. I caught some amazing rides on peely 4-5 foot faces. A couple long boarders paddled over and asked about my kayak, and said, “does that thing have fins?” after I took a ride. I rolled over and showed them the bottom, and then rolled up. “Cool man.” No exlusion zone, no borders, no rules, other than to share the waves.

To many Californian’s this probably seems trite and old news. But to me, it seemed like I had wandered into the twilight zone. I understand how boardies feel when some new hunk of junk paddles out and takes a wave with no regard for the rules. Which is why I have made every attempt to respect those. But the boardies weren’t born knowing them, someone had to teach them. So education seems the best method. And just like with kooks on boards, there will be a few kooks on SUPs, and kayaks as well. Someone has to show them the ropes.

I would be really curious to hear from the paddle surfers who have been to, or involved with the exclusion zone if they are afraid it will happen elsewhere in California as things become more crowded. Because my worry is that someday I will paddle out in another spot, and have someone point down the beach to where the waves aren’t breaking and tell me that that is where I should go, which I think more than anything in this world would break my heart.

I did a bit of research. The best bit I could find is this Standing Order PDF from the state of California on how kayaks are craft and therefore not allowed in a surf zone at San Onofre.