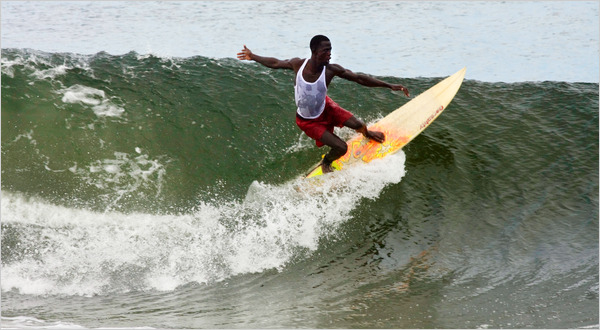 While encased in the ice and snow of midwest winter it is nice to hear about other far off lands where board surfing is picking up. I know that kayak surfing is what I am usually blathering on about, but I think it is great when we hear about some new untapped surfing region. Liberia as a surf spot you ask? Clearly the picture says it all.

For those that don’t know where Liberia is, this map may help. 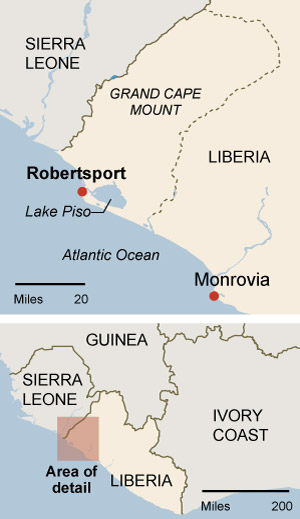 The New York Times covered the local surf spot of Robertsport Liberia They are naming it as Africa’s best surf spot. Liberia has had its share of troubles with civil war and child soldiers that made the press. This New York Times article seems to be leaning the other way and saying, hey come for a visit….

A local Benjamin McCrumada said this after trying surfing for the first time.

Benjamin managed to stand on the board, for 10 seconds. And that was all it took. For those 10 seconds, he said, he forgot he was living in a postwar zone. He was gliding on top of the Atlantic, wave crashing, heart bursting with the freedom of it. “I felt like I was on a motorcycle,” he said, smiling. “I was so happy. I didn’t know you could do this.”

Funny how all of us that get hooked on surfing have a similar story to tell about the first time we caught a ride on a wave.